The revised ordinances dramatically changed the pattern of commercial development in Huntersville. The two most notable examples are Birkdale Village and Rosedale Shopping Center; both mixed-use developments that were designed under the post 1996 ordinance. Figure CD-1 below illustrates how Rosedale Shopping Center embodies the principles of Traditional Town Planning. Rosedale, along with Birkdale Village, serve as the new standard for commercial development in Huntersville.

Nothing has had a greater impact on changing the commercial development pattern within Huntersville than the requirement that buildings front a public street. Streets make shopping centers more pedestrian friendly, provide better access for public safety officials and allow redevelopment to occur more easily.

As a result, shopping centers can be modified to respond to challenges such as a changing economy, shifting demographics, changing consumer demands and additional competition. In the absence of an established public street system, shopping centers that become outdated (Figure CD-2), typically in a 15-30 year time span, face the prospect of a lengthy decline as one tenant after another leaves the center, creating a cascading effect, until eventually the shopping center is vacant.

Redevelopment of the entire shopping center is then required which is costly, time consuming and creates an abundance of legal complexities, particularly when multiple property owners are involved.

Conversely, where a public street system exists within a shopping center, changes can occur incrementally on a lot-by-lot or building-by-building basis, thereby allowing the shopping center operators to respond to changing market conditions in a timely manner. 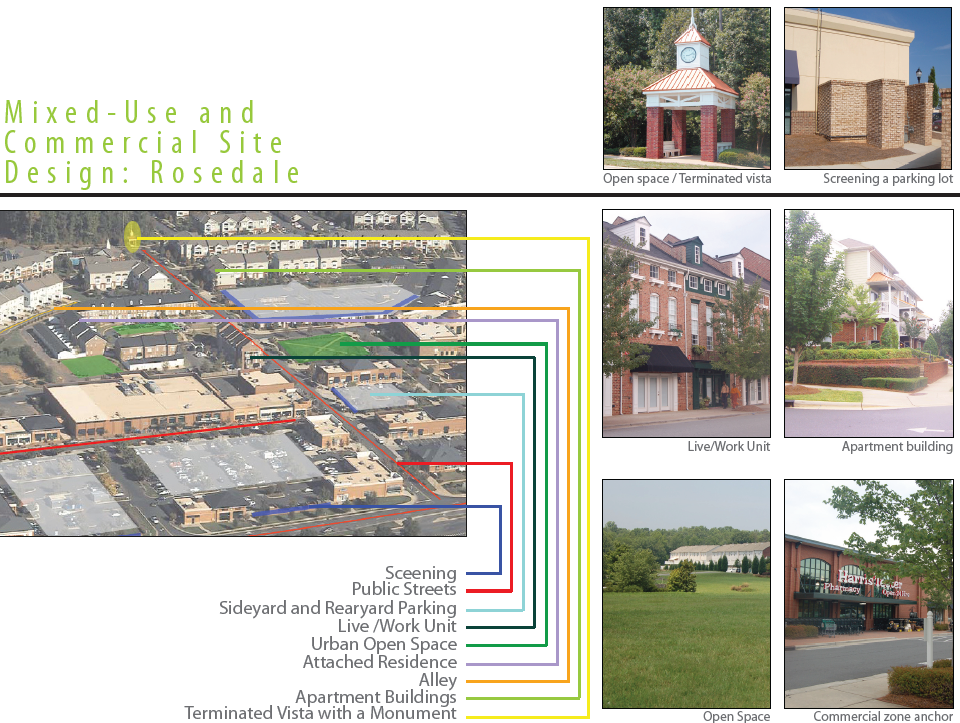 In 2005, The Town retained a consultant to prepare a long-range land use and transportation plan for the area surrounding the I-77/NC 73 interchange.

This plan, known as the “NC 73 (Sam Furr Road)/US-21 Transportation and Land Use Vision Small Area Plan,” recommended “retrofitting” the existing Northcross Shopping Center (located in the northeast quadrant of the US 21/NC 73 intersection), developed prior to adoption of the 1996 codes, with a public street grid system. Figures CD-3 and CD-4 illustrate the recommendations for this street system. The plan recommends transforming the shopping center from one single super block to several smaller urban blocks, with commercial buildings fronting on each of these streets. 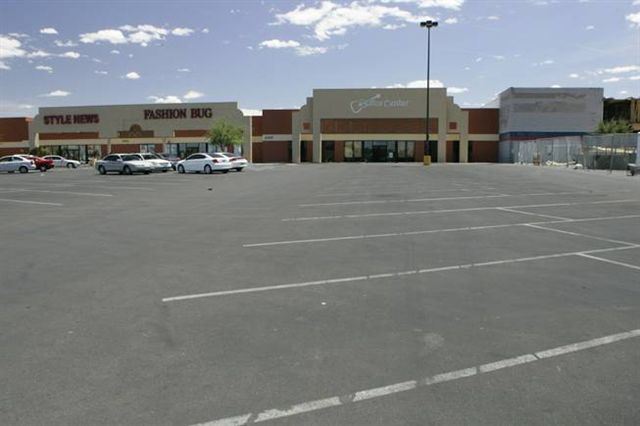 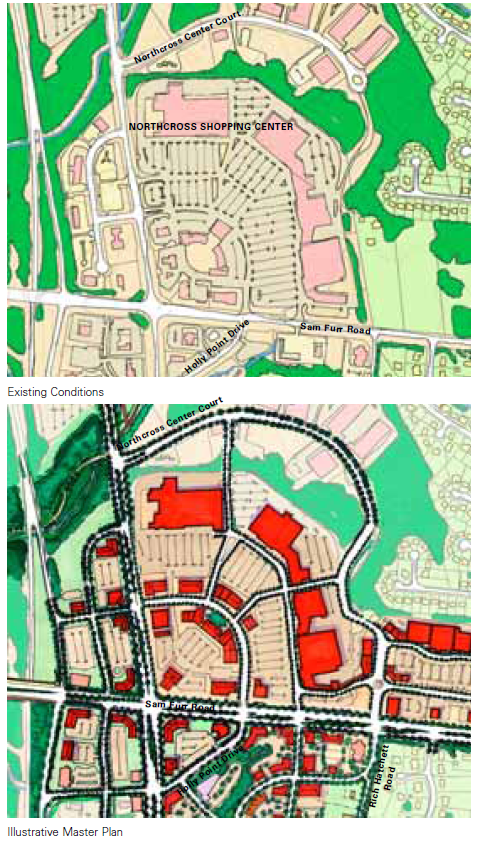 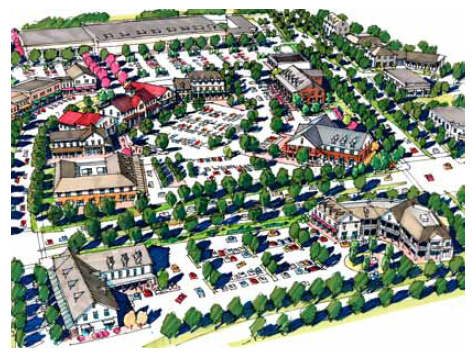 Aerial perspective of Northcross illustrating existing driveways and circulation converting to public streets to maintain its competitiveness while diversifying its offerings. To date, the owner/developer of this shopping center, recognizing the value of such an investment, has worked with the Town to prepare revised plans to integrate such a street system into the site. Further improvements to the adjoining state roads (NC 73 and US 21) will complement these planned improvements.

A similar plan was prepared by the same consultant for the area surrounding the I-77/Gilead Road interchange, including the introduction of a public street system that would provide improved access to, from and within the site.