A number of plans completed since 1996 have focused on redevelopment of Huntersville’s historic Downtown and serve as the foundation for recommendations contained in the Huntersville 2030 Community Plan.

As part of the master planning process for the Vermillion neighborhood, its designer, Duany Plater-Zyberk (DPZ) and Company extended their study area to encompass the Downtown core.

NCDDA (1997) - The NCDDA study focused on implementing the “Main Street Approach” in the Downtown as defined by the National Main Street Center and Main Street North Carolina programs.

In 1999, Cole Jenest and Stone was hired by the Town to study the Gilead Road corridor and made recommendations for streetscape improvements.

Preceding preparation of the “Downtown Master Plan,” the architecture firm of Narmour Wright was commissioned by the Town to complete a space needs analysis of all Town buildings.

A master plan was adopted providing detailed recommendations for the physical redevelopment of Downtown including an implementation program (Map DT-1).

This plan offered street improvement recommendations for a small western portion of the Downtown area.

This plan includes recommendations for a series of development initiatives and public improvements for land east of Church Street and the north/south rail corridor, adjacent to the Downtown (Map DT-2).

The Noell Consulting Group prepared a market analysis of the development potential within a quarter mile at all the proposed CATS rail transit stations including Downtown Huntersville. 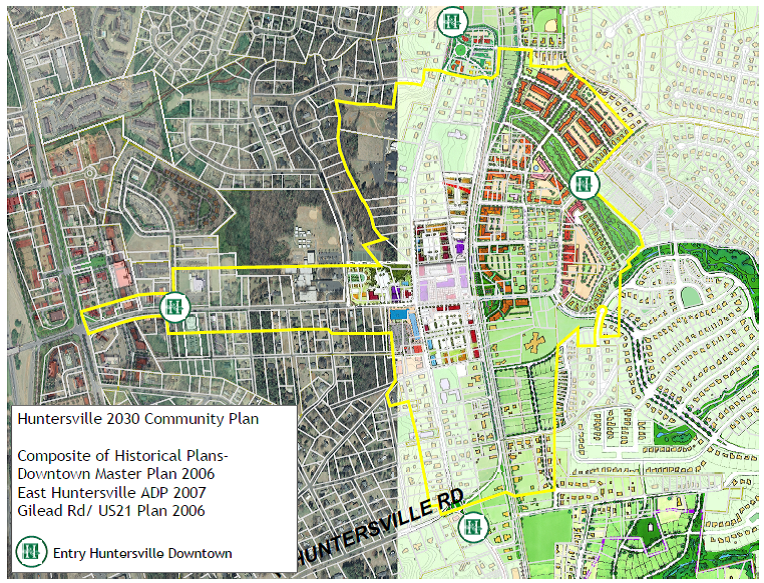 North Line Station Area Value
Analysis: 2010 – 2035 (2011)
This analysis was an update of the 2009 study by the Noell Consulting Group of the development potential within half a mile of proposed stations along the North Corridor rail line. 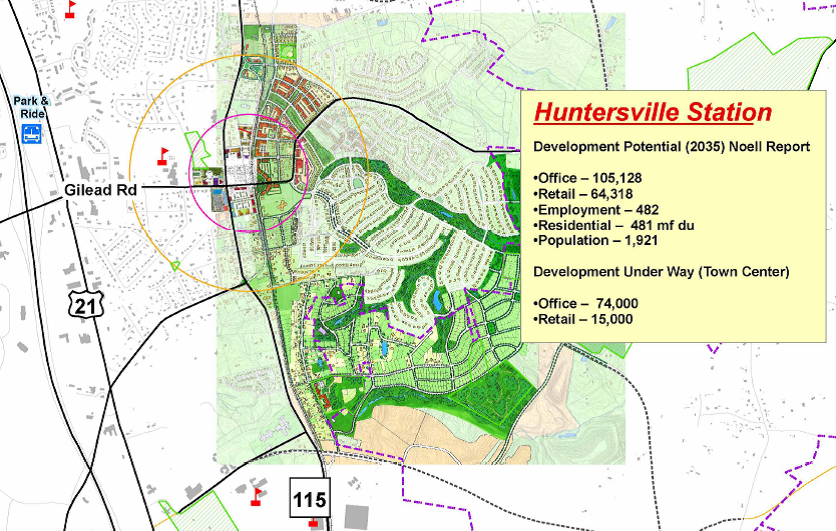